Written and developed by Don Campbell, the Mozart Effect® series of books and recordings uses music as a powerful catalyst for healing, creativity and development.

What is the Mozart Effect®?

The Mozart Effect® is an inclusive term signifying the transformational powers of music in health, education and well–being. 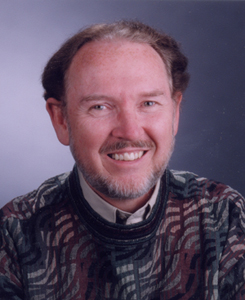 Born 1946 in San Antonio, Texas, Don Campbell spent his high school years in Europe, studying classical music with the legendary Nadia Boulanger and Jean Casadesus at the Fountainebleu Conservatory in France. A graduate of the University of North Texas, he began his professional career as a music critic and teacher for seven years at St. Mary's International School in Tokyo.

Campbell's interest in sound, healing and education have taken him to over forty countries through the years, including South Africa, Greece, Haiti, India, Indonesia, Israel, Russia, Thailand and Tibet. He has researched and documented the role and uses of music in therapeutic settings, psychology and imagery applications, educational programs and the contemporary and indigenous spiritual traditions.

In 1988, Campbell founded the Institute of Music, Health and Education, serving as its Director until 1995. Additionally, he served as Acoustic and Musical Director of Aesthetics Audio Systems, an innovative company that provides quality music to healthcare facilities, until his passing.

Campbell, author of 23 books, is widely known for his bestsellers, The Mozart Effect® and The Mozart Effect® for Children, which have been translated into 24 languages and are still gaining international recognition. Equally popular are the accompanying sixteen Music for the Mozart Effect® recordings, which dominated the Billboard Classical charts for over three years.

He has written on music, health, creativity in education and the biography of his famed teacher, Nadia Boulanger. His most recent book — Healing at the Speed of Sound™ — was released in 2011.